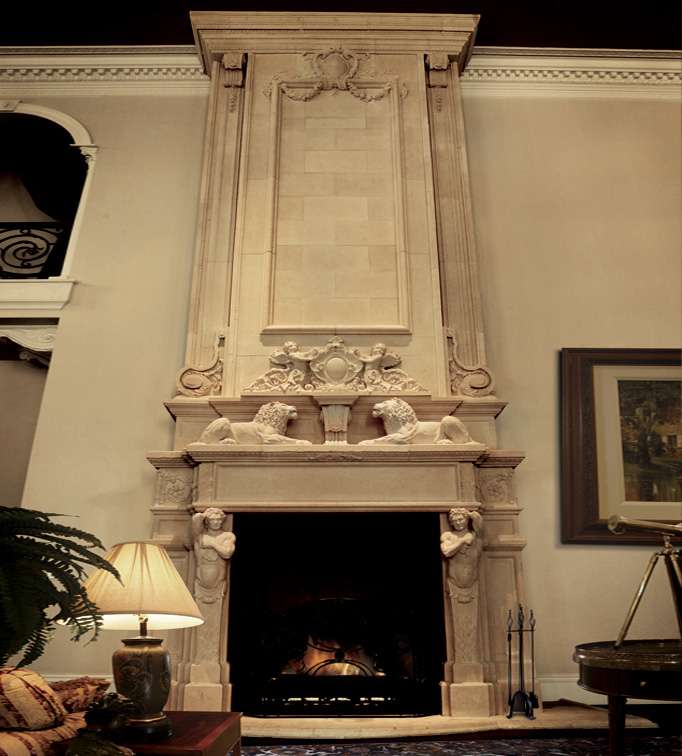 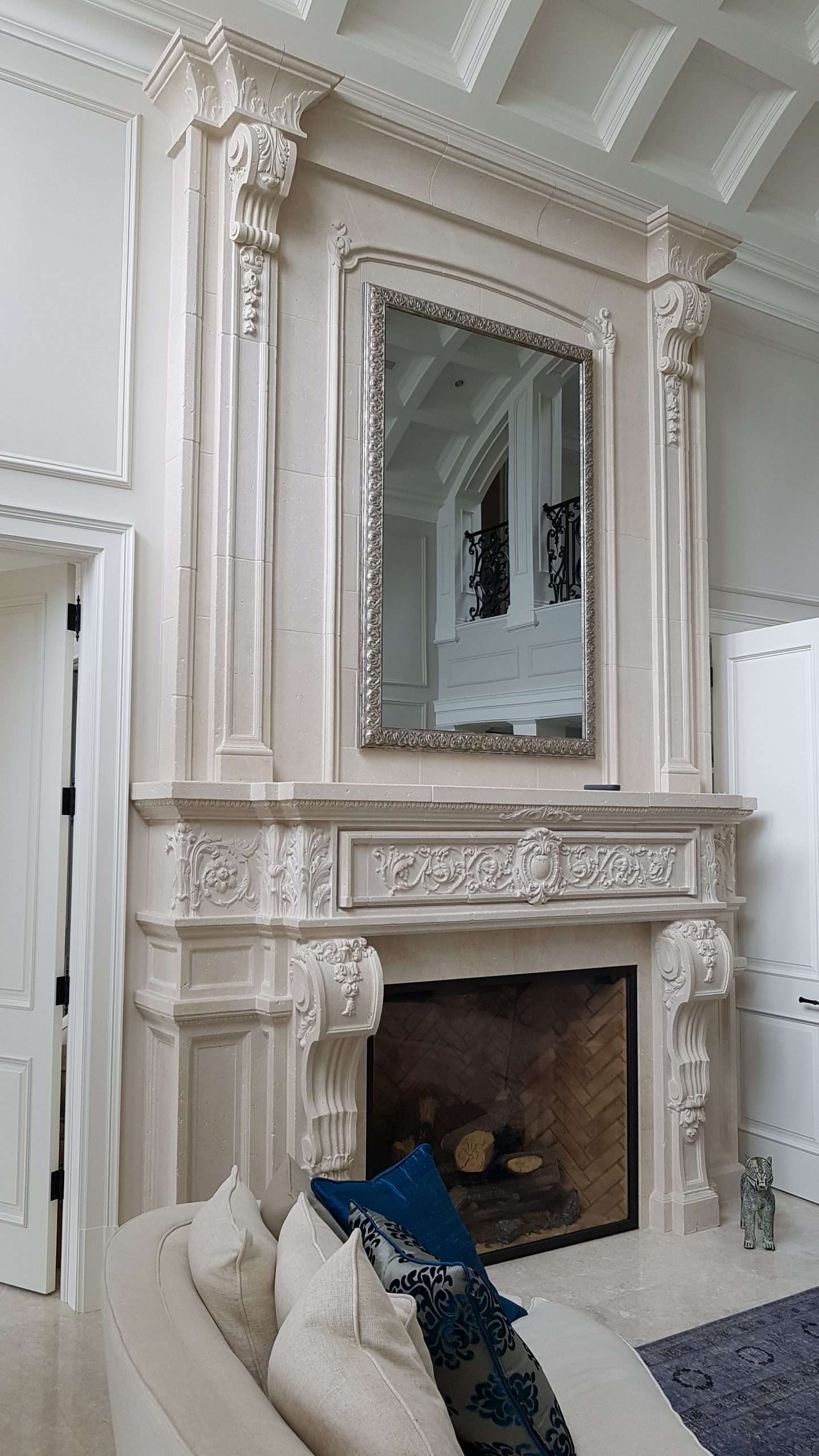 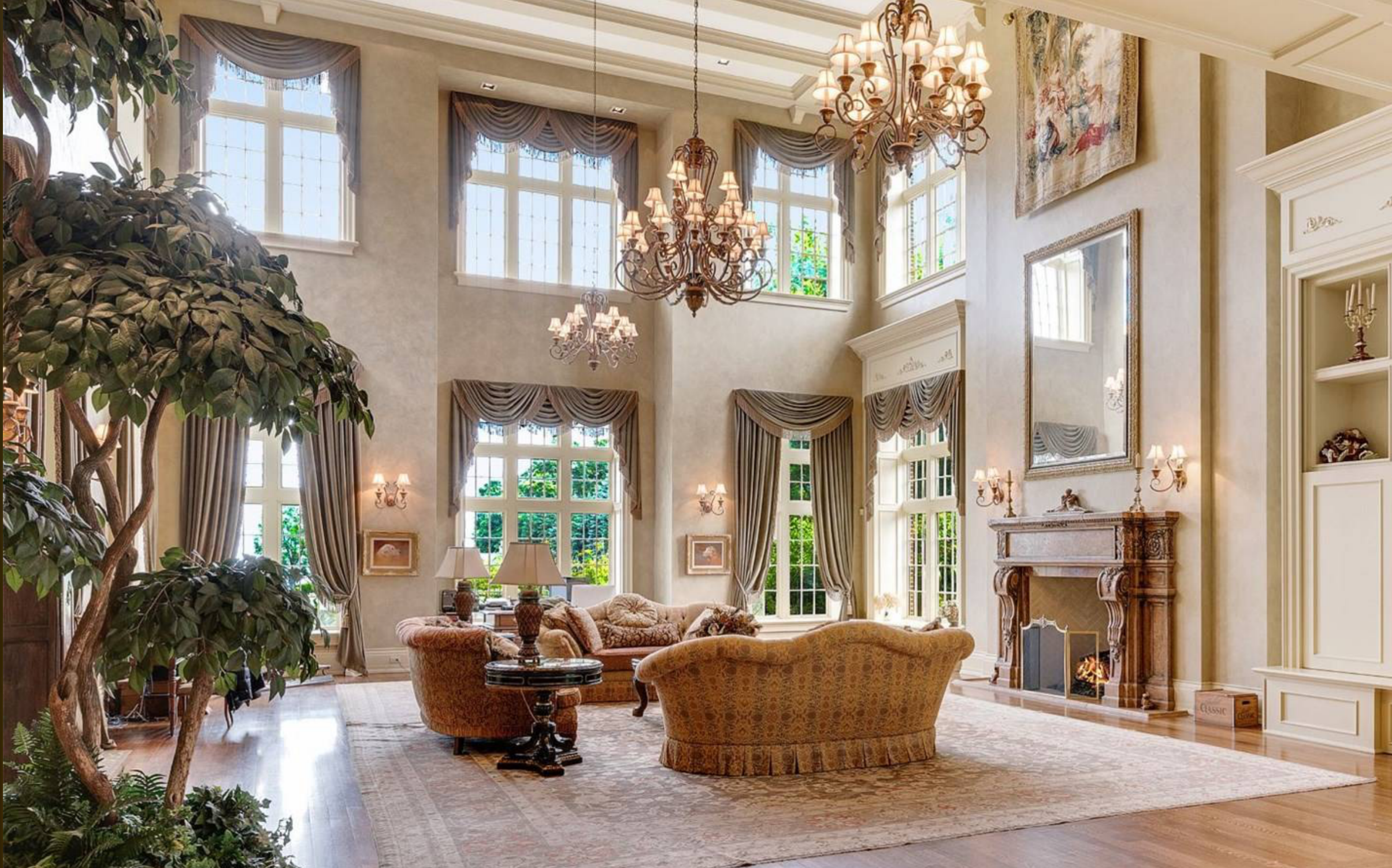 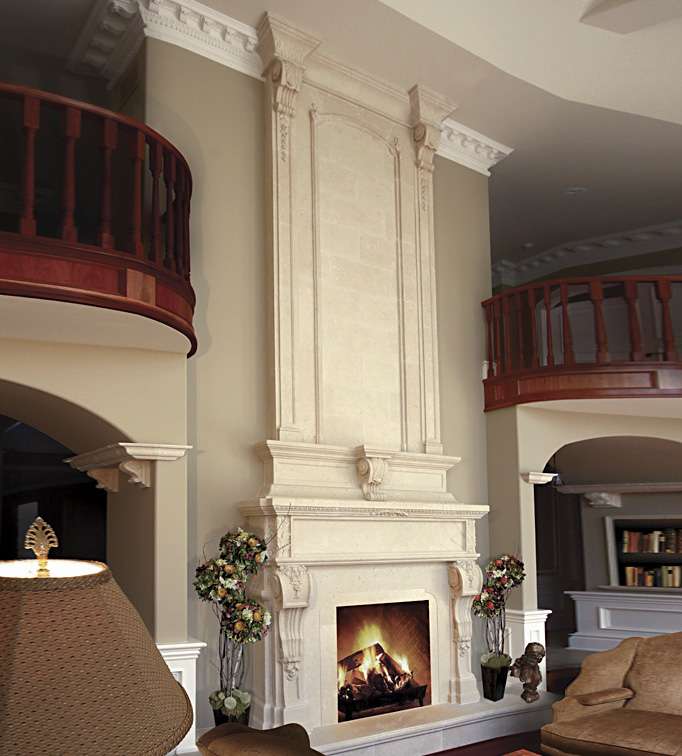 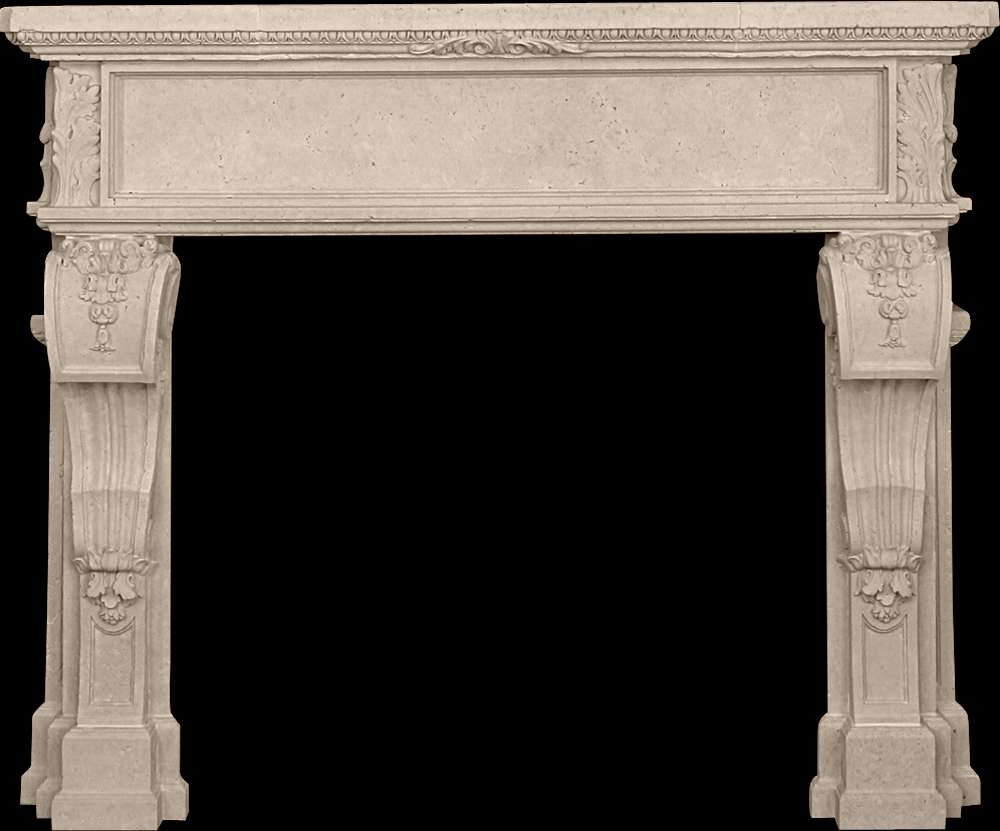 One of the sculptors who played a major role in the development of realism in the second half of the 19th century was Aime Jules Dalou (1838-1902). This mantel was developed in homage to the French sculptor. Several exceptional sculptures by Dalou can still be seen in the Paris area. From bottom to top, this is a tour de force of world-class sculpting. A slightly narrower and less embellished version of the Grand Dalou. This mantel has a large-scale firebox opening. Acanthus leaf and egg-and-dart embellish the frieze and lid, which are visually supported by acanthus-adorned corbelled pilasters replacing the Pan figures of the Grand Dalou.

Adjustable in width and height